A mob has set ablaze a truck loaded with 25 cows for crushing a boy Ayuba Raji to death in Saki, Oyo State. The incident occurred at Challenge Junction, Saki, on Monday evening. 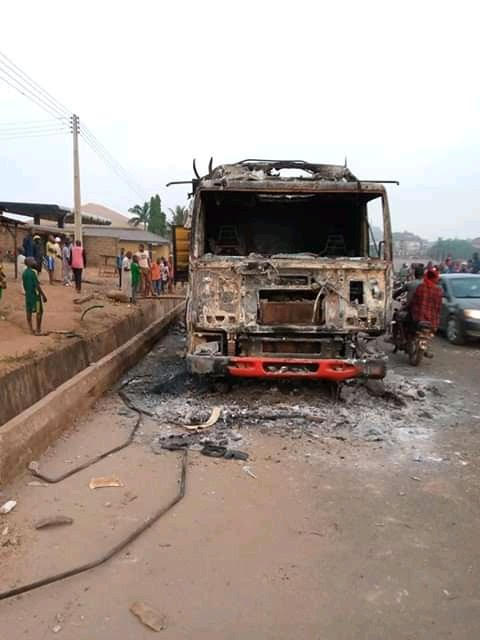 The police said the boy was hit accidentally, and blamed the mob for burning the truck with its 25 cattle.  An investigation has been opened, the police said.

Spokesman of Saki Town Development Association, Mr Adekunle Lawal said, “On Monday, 11th of January 2021, around 10 pm, an accident occurred at Challenge Junction which claimed the life of a boy Ayuba Raji.

“This young boy was riding a Boxer motorcycle and was hit by a truck transporting cows out of Saki. “An angry mob set the truck ablaze before we could get in touch with the police to avoid more damage. We commiserate with the family of the deceased.”